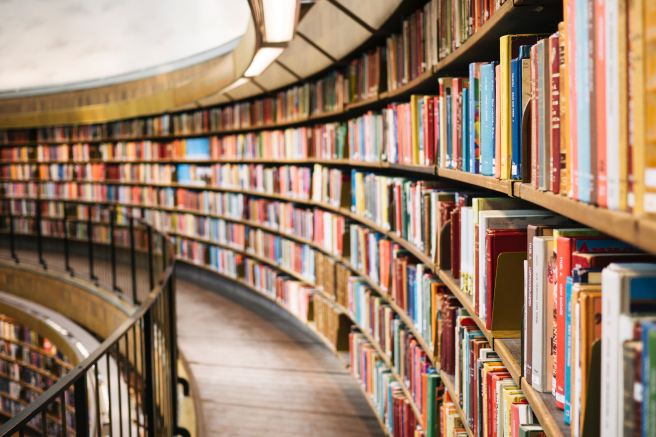 A few ideas for holiday reading: mostly crime and mystery novels plus a few books in other genres, listed alphabetically. (Photo by Susan Yin on Unsplash)

A Long Way Home by Saroo Brierley: The film Lion was based on this book. An Indian boy from a poor village gets trapped on a train, is taken into an orphanage far from home, adopted by an Australian couple, and then in adult life manages to reconnect with his birth family. An extraordinary true story, sincerely told in simple prose.

Normal People by Sally Rooney: this novel about the on-off relationship between two young adults in Ireland has won several prizes, but the reviews on Amazon are mixed. Like a number of other readers I found myself losing interest in the story halfway through, but appreciated the original writing style.

Platform Seven by Louise Doughty: A psychological thriller told from the viewpoint of a ghost who haunts Peterborough Station. Although this literary device didn’t quite work for me, the back story of a controlling male-female relationship is convincingly portrayed, and the account of a railway suicide and its effect on observers is chilling.

Red Joan by Jennie Rooney: A novel loosely inspired by the life of Melita Norwood, a British civil servant and Soviet spy. An elderly widow living quietly in London is arrested by MI5, and interrogated about the events that followed her meeting with communist sympathisers when she was a naive and idealistic student in Cambridge during the 1930s.

Sleep by CL Taylor: A modern variant on the country house murder mystery. Anna, traumatised by a car crash and unjustly blamed for the death of one of her passengers, leaves London to work in a hotel on a remote Scottish island but finds the guests are not what they seem.

The Art of Statistics by David Spiegelhalter: A lucid explanation of basic statistical concepts, illustrated by published research studies in the medical and social fields.  The results of such studies are sometimes misinterpreted, for example the health risks of eating bacon have been widely exaggerated in the media.

The Dragon of God by Earl Thor: An intelligent and fast-paced American thriller involving serial killings, religious fanaticism, near-death experiences, reincarnation, and the romance between a theology professor and a neuroscientist. It reminded me of Dan Brown’s novels and was just as good.

The Secretary by Renee Knight: Highly efficient at her job but unfulfilled in her personal life, the secretary in this novel is obsessively devoted to the charismatic but unscrupulous businesswoman who employs her. Eventually her devotion is exploited too far and she determines on revenge.

The Sound of her Voice by Nathan Blackwell: This crime thriller, clearly informed by the author’s former career as a police detective, is set in the Auckland region close to where I live. It’s an absorbing story, and highlights the mental and physical trauma experienced by frontline staff dealing with violent deaths. It contains some graphic descriptions of the murder of young women, and a lot of swear words.

This is Going to Hurt by Adam Kay: My own experience as an NHS junior doctor in the 1970s was hard enough, but what Adam Kay went through in the early 2000s sounds far worse. His book, based on extracts from the diary he kept during obstetrics and gynaecology training, uses black humour to convey the stress of managing an impossible workload with inadequate facilities. In the end it became too much, and the medical profession lost a skilled and dedicated doctor.

Where Rowans Intertwine by Margaret Grant: This long historical romance is set in the island of Mona (now called Anglesey) off the coast of Wales, almost two thousand years ago. The story charts the relationship between a young Druid priestess and a surgeon from the occupying Roman army. The author explains that the book took ten years to write, and was the product of detailed research combined with spiritual inspiration.

You Yet Shall Die by Jennifer Barraclough: And lastly my own latest novel, a story of family secrets and a long-ago crime, set in rural England.