I took Daisy, our 15-year-old cat, to the vet to have her long sharp front claws trimmed. She had taken to jumping up on the bed every morning, expressing her desire for food and attention by scratching my forearms hard enough to make them bleed. The vet recommended a geriatric health screen. Daisy was kept in the clinic all day for blood and urine tests, and the results showed that her renal function was somewhat impaired. I agreed to another blood test to assess the extent of the problem.

Renal (kidney) failure is very common in older cats. The many possible causes include urinary infections and ingestion of poisons. In many cases no specific cause can be found, though I wonder if processed food is implicated, for example cats fed on dry biscuits may get too much salt and not enough water. Our own cats certainly love dry biscuits, but I have always limited their intake, and fed a mixed diet with moist canned food and fresh meat, poultry or fish. The symptoms of renal failure can include increased thirst, increased urine volume, loss of appetite and weight, vomiting, diarrhoea, and general weakness. It is sometimes associated with other conditions such as anaemia, hypertension and hyperthyroidism.

Although diet is an important aspect of management, according to my reading there is some controversy around this. The standard prescription foods are low in protein, but some experts recommend feeding plenty of protein from fresh high-grade animal sources. Medication may delay progression of the condition. Adequate fluid intake is important, and severe acute cases may need parenteral fluids. Some specialised centres even offer renal dialysis and kidney transplantation.

Daisy’s second blood test showed that her renal function was “borderline”. She appears very well and has none of the symptoms listed above. After a long discussion with the vet we agreed not to initiate drug treatment or a special diet at this time.

I was about to leave the clinic when I checked on her claws and found that they had forgotten to trim them, so she was taken back to have that done. It had turned out a very expensive manicure; I could have tried to do it myself at home, though I am sure she would have scratched me.

Whether investigation of Daisy’s renal function has been worthwhile, only time will tell. Both in veterinary and in human medicine, screening for disease has pros and cons. Sometimes it does pick up a serious condition for which early treatment is desirable and even life saving. But modern tests are so sensitive that they often detect very minor abnormalities, prompting further investigations which can involve a great deal of discomfort, anxiety and expense and usually prove to have been unnecessary. On several occasions I myself have had blood results, X-Rays or biopsies reported as “borderline” or “suspicious” that eventually turned out to have been false alarms. 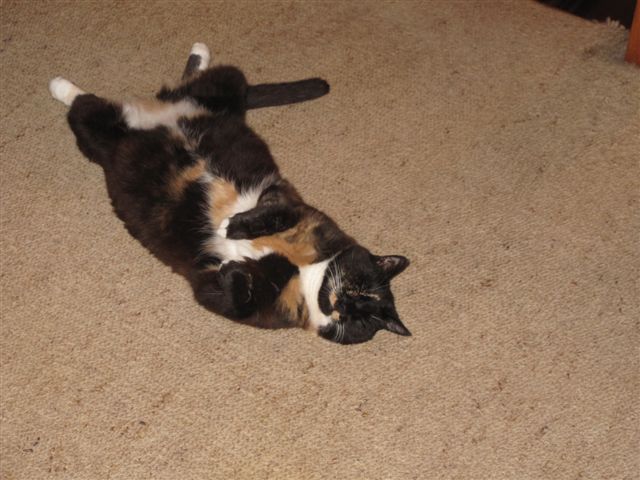 My beautiful new yellow Honda Jazz RS has various high-tech features that were not present on my previous 10-year-old model. These include “keyless entry with remote central locking and immobiliser” which, despite studying the manual, I have found hard to understand. Judging by the posts on the internet forums for Jazz owners I am not alone in this. I read one story about a person being locked out of their car after leaving the keys inside.

After returning from a drive one night, my husband and I had only just got out of the parked car when I decided to go back and move it forward, to make more room for a neighbour’s vehicle. Leaving my husband to wait on the pavement holding my handbag, which contained the key, I popped back in and repositioned the car slightly. I switched off the engine and opened the door, but heard a series of alarming bleeps. I concluded that I should not have been driving without having the key with me. I retrieved it from my handbag and attempted to lock the car but this did not work. Then I tried various things which made the situation worse: the side lights and all internal lights came on and I could not switch them off, nor could I start the engine, and the bleeping continued whenever I opened the door. It was getting late and I dared not leave the vehicle unlocked overnight with its battery running down. I rang the AA.

The AA officer arrived by midnight, having had a long journey from another part of Auckland, and informed me that I had left the vehicle in Drive instead of Park. He was admirably kind and polite, but I was mortified and felt like an elderly version of Blondstar. Because of my fixed assumption that the problem involved the “keyless entry with remote central locking and immobiliser”, I had never thought to check for other obvious explanations.

How many mistakes, misunderstandings and lost opportunities result from being stuck in a certain mindset and failing to consider the alternatives? For example I have known several people whose serious medical conditions – for example brain tumour, Parkinson’s disease, hypothyroidism – remained undiagnosed until a late stage, because their symptoms were assumed to be due to a recurrence of the depression from which they had suffered in the past. Conclusions based on past experience, preconceived beliefs or assumptions are often correct but sometimes not, so it is a good idea to think “laterally” or “outside the box”.

Incidentally my Jazz was back in good form the day after its traumas. 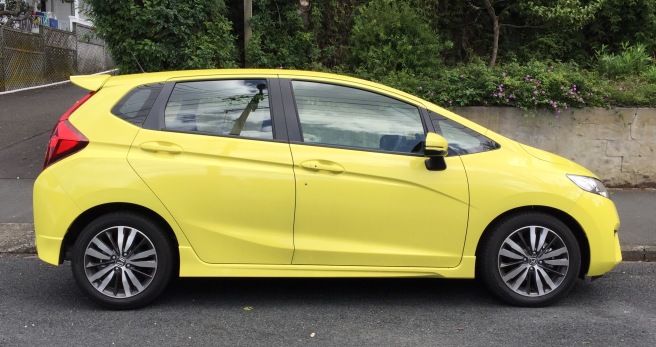