As Auckland’s lockdown continues and we are told to stay within our own postcode area, the highlight of my daily routine is a walk with my dogshare Labrador, Ireland. There are several interesting places nearby and one of our favourites is the hill called North Head, or Maungauika, which forms a prominent landmark at the end of the Devonport peninsula.

The hill is encircled with a network of paths and from the higher ones there are spectacular views of Cheltenham beach to the north, Rangitoto and the islands of the Hauraki gulf to the east, the Waitemata harbour and Auckland’s CBD to the south. It was a wonderful location for watching the yacht races during last summer’s Americas Cup.

North Head was formed by a series of volcanic eruptions about 50,000 years ago. About 1,000 years ago it became occupied by a Maori tribe, then after European settlers arrived was put to use as a coastal defence site. During the late 19th century a number of large guns were installed to deter a feared Russian invasion. Fortifications including more guns, searchlights, tunnels and underground rooms were added, using prison labour, to cope with subsequent threats during the two world wars. The army left the site in the 1950s but a naval training school remained on the summit until 1996. The site is now managed by the Tupuna Maunga Authority and open to walkers and their dogs (on lead).

Remains of the old military installations can be seen around the site. Some of the tunnels are open to the public, others shrouded in mystery and rumoured to contain aircraft or military secrets. At present however all the tunnels are closed due to Covid restrictions, as is the colourful toilet bock.

I find North Head a fascinating place which carries an air of mystique. It features in Carmen’s Roses, the first short novel I wrote after coming to live in Devonport.

For three years after the death of Khymer I was without a regular canine companion to walk, but am now having daily adventures on the beach with Ireland – a big black bouncy Labrador.

There is plenty of evidence that dogs are good for the wellbeing of humans. They provide loving companionship, a stimulus to take exercise, and opportunities for social interaction. Dog owners tend to have better physical and mental health than those without a dog, for example lower rates of cardiovascular disease and depression. These benefits as reported in many research studies are undoubtedly real, although they may be over-estimated to some extent because less healthy people are less likely to get a dog in the first place. Dogs have an established role as therapists: guiding the blind, visiting residents in care homes, supporting disabled children and adults, predicting the onset of epileptic fits or hypoglycaemic episodes, even sniffing out the presence of early-stage cancers.

Dogs can also present hazards. Falls are one danger, as I know to my cost: on one occasion when Khymer was forging ahead along an uneven pavement I tripped and broke my arm. Over-enthusiastic dogs often want to run up to strange people, or other dogs, and can easily knock them down. Constant vigilance is required during off lead walks.

Dog ownership is a significant responsibility. Leaving aside the dreadful cases of neglect and cruelty I have seen at the SPCA, many otherwise well-meaning owners leave their dogs alone at home while they are out at work all day, never realising how much they suffer from the lack of company and exercise. An ideal solution, as promoted through charities such as the the Dog Share Collective through which I met Ireland, is linking up such owners with people like myself who would love a relationship with a dog but for various reasons cannot have one of their own. 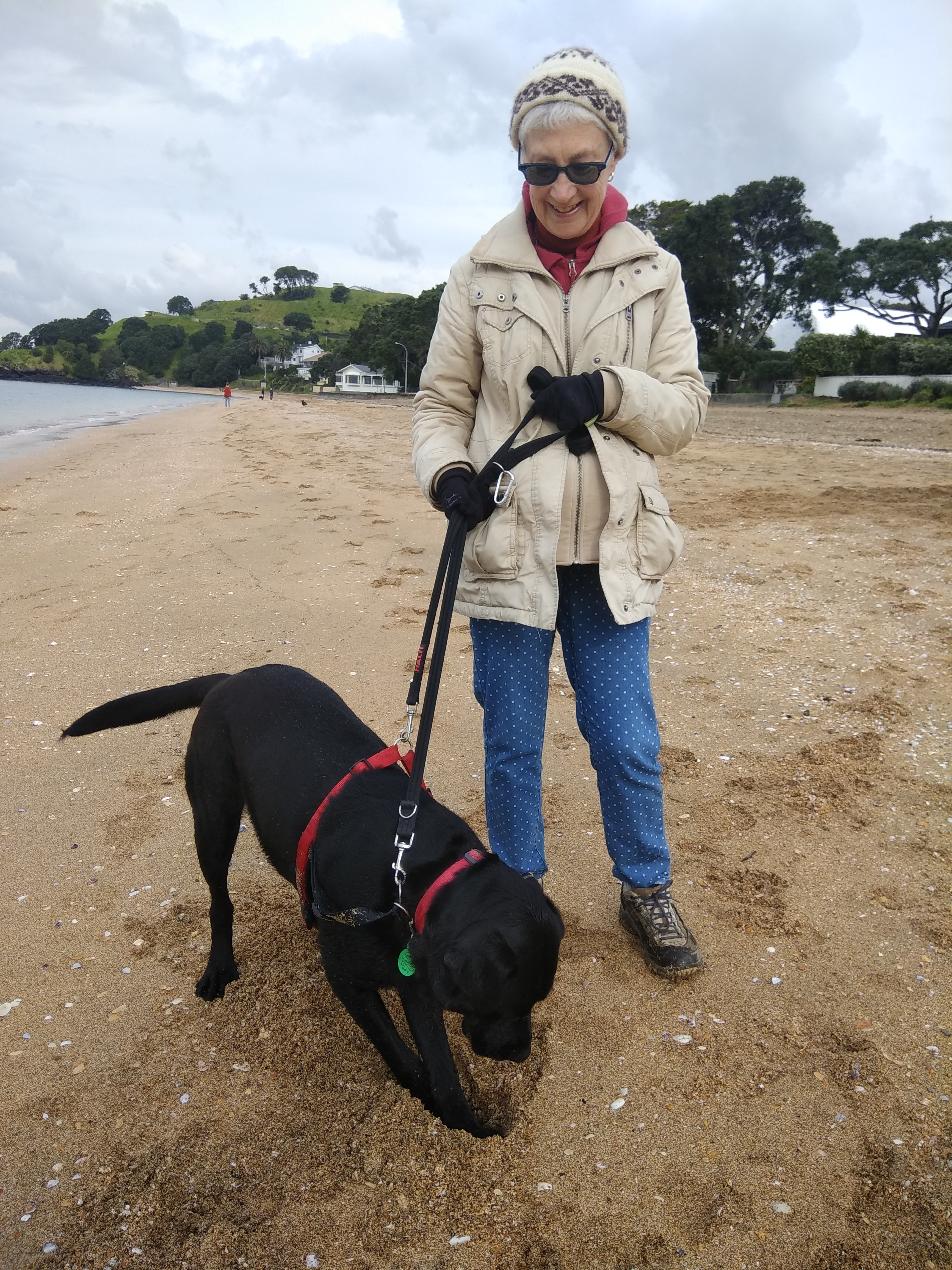